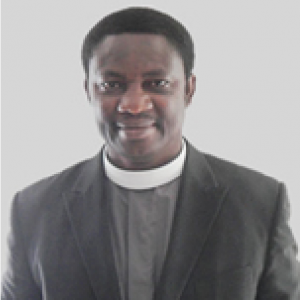 Raised under the roof of disciplined and religious parents, I grew up with the fear of God in my heart and an indescribable love to participate in most church activities. Encouraged by my parents, I joined the Methodist Church Cathedral Choir at a very tender age and at a later age, lived in the vicage of a Christ Apostolic Church. Today reflecting back at my early years, I can modestly say that God used those years as a formative period to prepare me ahead for a great task in the ministries.

In 1993 while serving in an Engineering company, I received a divine message that the Lord wanted me to do His work. On one hand, I was delighted because I knew I had a passion for evangelism and a desire to do the work of God.  On the other hand, I was a little fearful and resentful. This was because in those days, it was widely believed that those who claimed to work for God as ministers or pastors, were those who found it difficult to secure a ‘permanent’ job. In truth however, many of those who were called themselves ministers of the Lord practiced Christianity for its monetary values rather than doing the work of the God.

However, by faith through the Word of God, I was able to overcome that initial fear. Thus, with my renewed strength in Christ Jesus, I enrolled in Life Theological Seminary, Ikorodu, Nigeria. While in the seminary, I attended the Advanced Leadership Training in Evangelism at the Haggai Institute, Singapore. In 1999, to the glory of our Lord God, I was ordained a Reverend.